Ontology
Ontology in Knowledge Engineering is defined as a formal specification of a conceptualization of a domain, which means a définition of concepts and their relations in a language understandable both by humans and computers.
« An ontology is a conceptualisation of a domain to which one or several vocabularies can be associated and which participates to the meaning of terms. Defined for a given objective, an ontology expresses a point of view shared by a community. An ontology is represented in a language (explicit ontology) whose theory (semantics) guarantees the properties of the ontology in terms of consensus, coherence, sharing and reuse. » [1]
My work on Ontology aims to reconcile epistemological and logical principles into a computational model [2], [3], [4]. 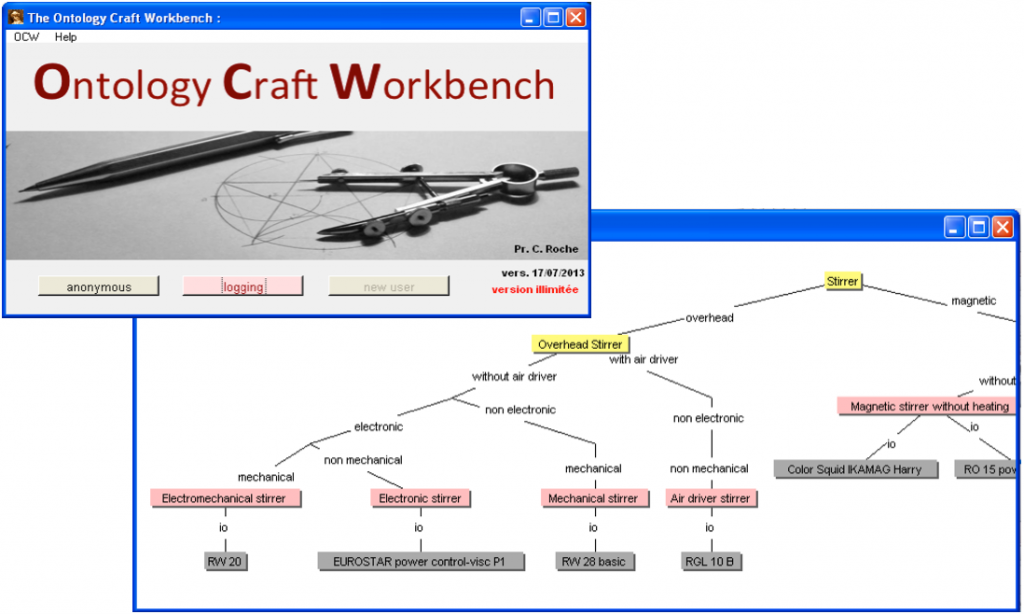